BWAHAHA (Blair’s Week Attempts at Haha’s) 6/28 – 7/4: I spent the week in Bella Vista, Arkansas. Bella Vista is near Bentonville, which is the corporate headquarters of Walmart. The influence of Walmart in the area is problematic as far as I can see, but when you’re immersed in it and Walmart pulls the wool over the resident’s eyes with cool stuff, then it’s hard to convince anyone living there of the horribleness that is Walmart. And if you visit their “quaint” museum, everything you need to know in order to hate Walmart is in plain sight, but cleverly written as propaganda to make it sound good. Walmart aside, the main reason I would never want to live there is too many Q-Tips driving slow on the road. I call them Q-Tips because the only thing you see is the puff of white cotton sticking up over the seat of the car in front of you that’s going 10 MPH below the speed limit or that has stopped 100 feet short of the white line at the red light because their depth perception is so fucking gone they think they’re on the damn white line.

We did have some fun up there, though. My girlfriend and I went canoeing down the Elk River. It took over three miles for her to figure out the physics of steering, after slamming us into trees, shallows, rocks, shores, and then tipping us over in the rapids. I thought it was just me, but then I noticed tons of men shaking their heads as the women steered them into the trees. By the end of the day I couldn’t decide if they were that dense or were doing it on purpose just to irritate us.

If you’re going to make something erect, it’s easier if you’re bare and a hussey. 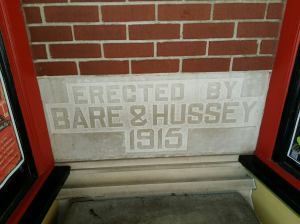 The Walmart Museum has all the info necessary to hate Walmart, it’s just hidden among good propaganda. 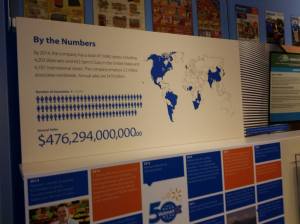 Because it’s July 4th, I wore a British Punk band t-shirt to the picnic. #MURICA 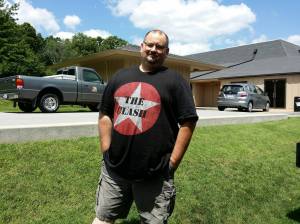 Facebook just recommended Rick & Bubba to me. I know they talk about me now and then, but c’mon Facebook! #AlgorithmFAIL

T Minus 1 Hour until vacation is launched! One week in the Ozarks. Oh wait, the Ozarks is in Arkansas. Umm… I’m excited, right? RIGHT?

Figuring out how to get this tree down safely has me stumped.

I want to make a Hobby Lobby joke, but the joke’s already on the American people. #AmericanTaliban

I love how the “We’re gonna get up early and go to the gym” crowd is still asleep. #Vacation

Grandpa is driving so slow, he just got cutoff by a jogger. True story. Just happened.