BWAHAHA: 8/24 – 8/30 – I spent a lot of time getting ready for DragonCon and then going to DragonCon, so very slow week for me. Don’t forget that I’ll be performing 9/13 at the Homegrown Comedy Show taking place at the Flying Monkey Arts Center in Huntsville, Alabama. The show starts at 8 PM and is only $7 at the door. Oh yeah, and you can bring your own booze!

* Did you hear about the new Scientology show on the SyFy channel? It’s called Xenu: Warrior Princess.

* That I didn’t know 75% of the presenters, nominees, winners, and performers in the #VMA is probably a good thing.

* Why does MTV still have the #VMA? Shouldn’t they have the Reality TV Awards?

* I admit it, I love watching #GirlCode on #MTV. It’s horribly sexist, but deliciously sexist, so that’s cool.

* An anti-vaccination MegaChurch has been identified as the source of a Measles outbreak. I’ll just post the genius of Penn & Teller on this issue:

* Final details of my DragonCon outfit coming together! 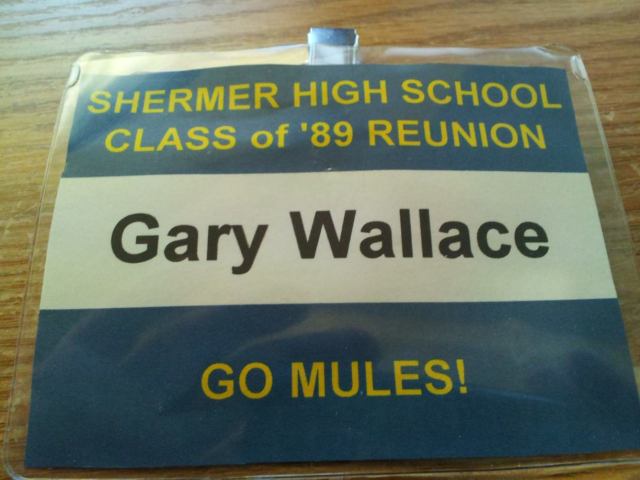 Getting my DragonCon costume finished. Name that movie!

* After contemplation, the White House seems be getting Syrias.

* Told a friend I was going to DragonCon and she asks, “Why are you going to a drag queen convention?”

* I’d rather have a Benevolent Dictatorship than Democracy: in a Democracy, stupid people put Republicans in charge.

* Seems to me one way of #AdvancingTheDream is to vote out Republicans.

* I posted all 137 variations of the meme that was created with a picture of me and my license plate. Some of them are pretty funny, others were done by Christians trying to be funny, but just being pathetic.

* Hey! That’s me in the Huntsville Times!

* The denial of an atheist license plate in New Jersey to David Silverman (President of American Atheists) generated some press down here in Alabama.

* On the way to DragonCon and being stupid in the car. Lots of great looks from people passing by. 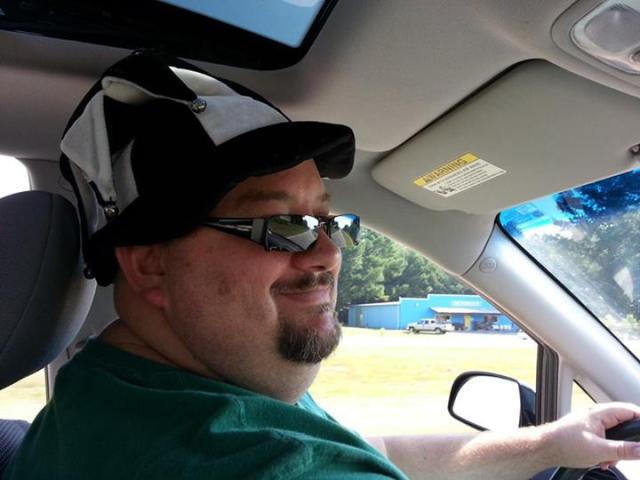 Just being silly during the drive to DragonCon. I felt compelled to do a little head-banging to the music on the radio. Photo by Will Thompson.