BWAHAHA (Blair’s Week Attempts at Haha’s) 7/5 – 7/11: I wrapped up my vacation in Arkansas and came home. It’s always good to be home. I also decided to no longer do standup comedy this week (see below for the link if you missed it), but I’ll still do the BWAHAHA because I’ll always be stupid and silly.

There are more Hawaiian shirts here than were at Pearl Harbor on December 6, 1941. #BeachBoys

John Stamos is on stage with the Beach Boys playing guitar and drums. Showoff. #BeachBoys

When after a long break from gaming you can’t remember if R1 or R2 fires the weapon and you die. #LoadLastCheckpoint

The action and adventure buff in me really likes The Last Ship, but the ex sailor in me cringes every few minutes they get shit wrong.

Where baby trucks come from. Our where libertarians are in charge.

All officers, be on the lookout for a hit & run suspect vehicle: a red & white truck with the words Coke on it. 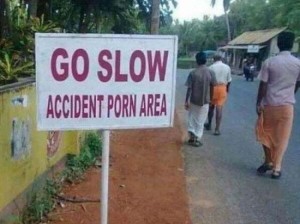 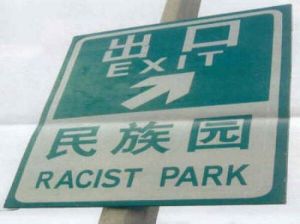 If only we had places like this in America, so all the racists were easily identifiable.

The ignorant are unlikely to catch the mistake, but are more likely not to buy it without a “USA Flag.”

Best friends are willing to show the world their ass so that you don’t have to. 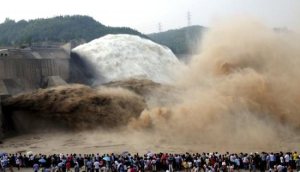 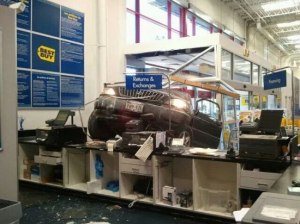 I’m pretty sure there’s a back garage for getting car radios installed.

Steve Buscemi seen tied to #RussianMeteor. Unknown if he survived the explosion.

Slim Pickens finally made it to Russia only to explode in the air. #RussianMeteor

Whoever said “Sex is not a spectator sport” clearly never saw the the #SportsFilms ‘Debbie Does the Dallas Cowboys.’

Her vagina belongs in the NFL Hall of Fame for most balls caught in a single period. #oneofmyexes

Just submitted my application to @capefearcomedy. Hey, at least I didn’t wait until the actual last minute! #CapeFearComedyFestival

Twitter says I should follow LeBron James and Kelly Clarkson. Who the fuck are those people? #StupidTwitter

@Stefanelli I enjoyed both dog and cat while overseas. Cat can be gamy or sweet… just like real pussy.

Telling Steven Seagal that I was #UnderSiege from shitty movies. #ReasonsWhyIGotAWhooping

Telling Lou Ferrigno that he was yellow-bellied. #ReasonsWhyIGotAWhooping

Saying at the Feminist Convention, “Wow, you chicks are hot!” #ReasonsWhyIGotAWhooping

Telling my g/f that her vagina looks like roast beef covered in gravy. #ReasonsWhyIGotAWhooping

I ordered a #HarlemShake. They gave me a Shamrock Shake. Racist McDonald’s.

One drawback to having sex with Democratic women… I feel like I just fucked the lesser of two evils.

I accidentally ejaculated into your sister. #WaysToRuinARelationship

“Oh, I forgot to tell you last night before we had sex, I have gonoherpesyphilaids.” #WaysToRuinARelationship

#MindyMcReady dead… just play her song backwards and she’ll come back to life!

#IWishICouldMeet Belinda Carlisle. I make sure all women in my life know she’s a free pass. :)

If you were any more offended I could pull a giant crucifix out of your ass. #ReasonsIUnfollowedYou

Lorena Bobbit: for reminding me how much I appreciate my penis. #MentionSomeoneYoureThankfulFor

Kim Kardashian: for reminding me that some day my sex tape might make me famous. #MentionSomeoneYoureThankfulFor

Body found in water tank of L.A. hotel… that explains the meaty taste of the tap water.

I find the food in Kansas City, MO to be a little overcooked. #TooSoon

I’m very selective; I only hit black kids on a plane if they are from Abeche, Chad. The rest of the black kids have no need to fear me.

Super Mega Pod of dolphins? Well, that might explain why I keep hearing voices in my head saying, “Thanks for all the fish.”

GAO finally recognizes climate change as a “financial risk.” Yeah, fuck the planet and people, it’s the cost of cleanup that gets attention.

Univ. of Southern Miss still in shock over tens of millions in damage: vow to never play the Worcester Tornadoes ever again.

I-10 shut down for 12 hours in Phoenix after white creamer spill. Citizens relaxed after learning it wasn’t Mexican creamer. #PapersPlease

Finally hooking the PS3 to HD and saying, “Holy fuck, that character has shoe laces!” #PlaystationMemories

Went to buy a sweater and was told they’ve stocked spring selections. I pointed outside to the falling snow. Stupid store.

Way too many drunks on the road for a Wednesday. Clearly not enough people are humping.

Women’s Drug Advocacy Group called for $$. Why is there a group advocating drugs for women? I guess Vaginas for Vioxx was already taken.

Joining Students Against Drunk Driving for the girls. #HighSchoolMemories

I just ordered Vanilla Ice juice for my e-cig. A brand new invention. Grabs a hold of me tightly. Flows like a harpoon daily and nightly.

Songs by #JustinBieber remind me how pathetic most humans are. #SongsThatMakeMeCry

I hate it when my cell phone is dead because I have no entertainment while taking a poo.

Is it bad that I want to bang The Bangles, go on the Go-Go’s, and put bananas in Bananarama?