BWAHAHA (Blair’s Week Attempts at Haha’s) 12/14 – 12/20: This week I was in Florida helping my Dad move. During the middle of that he ended up in the hospital for almost the entire week with a horrible bout of kidney stones and the start of kidney failure. Doctors and science prevailed and he is on the road to recovery. My week in Florida was made fun by the idiocy of Q-Tips: you know, older drivers where all you can see is the puff of white cotton sticking up above the driver’s seat. How fucking hard it is to do the speed limit when merging? I found myself doing my best (and by best I mean horrible) impersonation of Samuel Jackson, “Cruise control motherfucker, do you use it?!?!?!?!” I don’t want you to go over the speed limit, but for the love of whatever gods do not exist, can you at least do the fucking speed limit? Is there a law that says if you’re handicap or over the age of 65 that you have to do at least five under? Oh, and don’t even get me started on idiots slamming on their brakes when they see a police officer. Newsflash morons, you only have to break to the speed limit. If the speed limit is 70, why the fuck are you breaking to 60? FUCKING IDIOTS!!!!! Okay… I feel better now.

The woman at the next table sounds like a female Deepak Chopra. Kill me now.

He’s feeling better and the fool wants to watch a Lifetime movie… about hospitals. 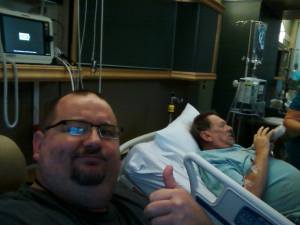 Lesson I learned today: when life gets hard, call in a bomb threat.

70-year-old woman in the car in front of me is head banging to Quiet Riot. #FloridaLife #StllRockin

Not sure why they are endangered, I’ve seen plenty of man tease here in Florida.

Liam Neeson’s cock is so big, that he hired Greenpeace as a bodyguard to protect it against Japanese whalers. #HollywoodBabbleOn

But how will we find Baby Jesus?

Okay men, time to start flying in formation: even going to the bathroom together so we all look good. (Cheerleader Effect)

Meanwhile… on the set of Star Wars VII at Disney Studios… 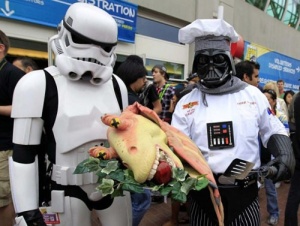 Dad has to go to a nursing home for a few weeks rehab. A home for nurses sounds like fun!

So my Dad has to go to a nursing home. I’m jealous. I’d love to breastfeed all day.

Is this legitimate Sexasaurus Rex science?

So that is where they come from! Or is this just shameless self-promotion?

Is there a law I don’t know about that requires handicap drivers to go at least five under the speed limit? #RetiredFlorida

This is the problem with the world today: the over-objectification of snow.

I was on ReapSow Radio. Listen to the archive.

Is Duck Dynasty that boring? 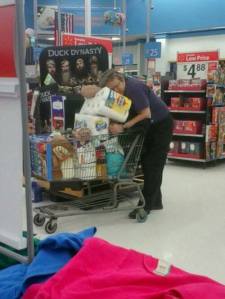 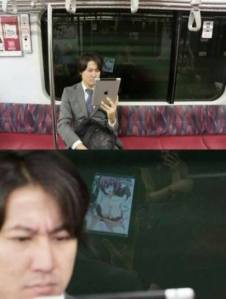 If baseball is a metaphor for sex, then I must be a sports commentator, because I’m not a player! Sometimes I’m the third-base coach.

Duck Dynasty is scripted and fabricated – so once again Christians are defending a work of fiction.

Dirty Santa gift ready. Cheap and easy. The gift… not me. Okay, me too.

Do you think whoever invented the word diarrhea intentionally wanted it to sound like “dire rear?”

Mud jumping would be awesome if the fashion was better.

A friend asked if he could swipe a credit card in my rear. I told him there was a $3 minimum purchase on credit cards.

BWAHAHA (Blair’s Week Attempts at Haha’s) 11/23 – 11/29: Well this was certainly a fun week! I think my friends and I spent more time together this week than I spent in my mom’s uterus (I was born premature).

On a cold night like tonight, if Dr. Sidney Russell were still alive, I’d suck him off.

What I’m getting religious family members for Christmas. 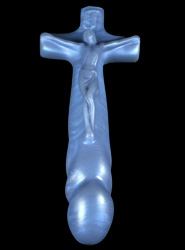 I went to a Sudanese restaurant today and was served a W.H.O. Food Pack. So disappointed.

This year I’m celebrating Thanksgrieving. I’ll start the meal off by listing the people I didn’t shed a tear for when they died.

#CelebritiesIWantToSeeNaked is trending. I wanted to put Fiona as a joke, but the Internet already provided naked Fiona.

My reality show idea: reality “stars” sit down and take the ASVAB so we can all see how dumb they really are.

My BCDC (Blood Cheese Dip Count) is getting below my legal limits. Must rectify this before withdraws set in.

See what I mean….

Anybody else old enough to remember as kids playing with that amazing toy: the stick?

When I was a kid I hated chores, so my motto was, “Hasbro before hoes.”

As a kid I got mad at mom for limiting my freedom. Now I’m grown up and realize it was silly, especially once I found out about Republicans.

I wonder how different America would be if “elections” were like Battle Royale.

Tomorrow, millions of Americans will blame their gluttony-induced tiredness on Tryptophan. #BlamingTheVictim

#GodHasBlessedMeWith great music. And by God I mean Robert Smith from The Cure.

#GodHasBlessedMeWith sustenance. And by God I mean Mexican food. And Carmelita, my French Maid.

#GodHasBlessedMeWith a great view. And by God I mean the woman next door who dances naked in her yard.

I wanted to say something heartfelt about Native Americans on this Thanksgiving, but then was like, “Fuck ’em, they lost.” 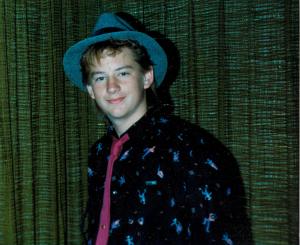 I’m going to fight the legalization of marijuana for the sole reason that I cannot afford the munchies.

Santa came early. So much for the pulling out strategy.

I got your duck face right here!

BWAHAHA (Blair’s Week Attempts at Haha’s) 11/16 – 11/22: This was an entertaining week for those of us in northern Alabama. We had a terrorist threat in Decatur, Alabama as a suspicious device was found on a rail car full of Hydrogen Flouride (a very nasty chemical). Five miles was evacuated, tons of schools closed early throughout seven different counties, the FBI, ATF, Homeland Security, and other local law enforcement were on the scene. The bomb squad moved in, x-rayed the package and found… wait for it… wait for it… wait for it… two kilos of marijuana. Now at least we know that our local law enforcement knows how to react to these types of events (even the real ones) and they just had an amazing trial run! The train was from Mexico, so any minute now the Republicans will blame illegal immigrants… or Obama.

Liam Neeson’s cock is so big, it swallowed the whale that swallowed Jonah. #HollywoodBabbleOn

Liam Neeson’s cock is so big… it plays the inanimate Ark in the new film Noah, and was still a bigger dick than Russell Crowe. #HollywoodBabbleOn

Isn’t a good relationship or marriage technically “friends with benefits?”

It’s amazing how butthurt people get when they are emotionally invested in a fallacious argument.

Sylvia Browne vows on death bed, “I’ll talk to you after death and say, ‘I’m okay, go one with your life.” #TooSoon #ScamArtist

Just before dying, Sylvia Browne said, “I swore I was going to get hit by a truck.” #TooSoon #ScamArtist

BREAKING: Psychics around the world not the least bit puzzled by their failure to predict Sylvia Browne’s death. #ScamArists

Satan to Sylvia Browne, “I knew you were coming.” #TooSoon #ScamArtist

I’m not afraid of death, but I am afraid of how I’m going to die.

Two kilos of marijuana just shut down 5 square miles and had 25 ready to evacuate. See, pot is harmful.

Someone mentioned the gay economy. I’m not entirely sure what that means, but I imagine it’s a bottom’s up economy.