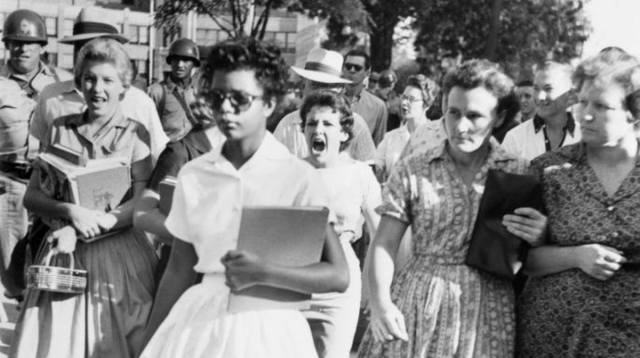 “How can you hate someone for their beliefs or politics?”

I was fiends with conservatives about a decade ago. We disagreed about policy: how to fund the Department of Education, what changes needed to be made to immigration laws, gun control laws, what the DOD budget should be, how much should we be isolationists versus how much we should protect others around the world, how do we fix the trade deficit, etc. Policy issues didn’t define our friendship, but highlighted how we viewed the world differently. Those differences were a non-issue.

Over the past 10 years (starting with their visceral reaction to Obama and the racism it generated), things have changed. We’re not talking policy anymore. We are talking about morality and ethics and basic human rights.

If you don’t think LGBTQ should have equal rights and think they should be actively discriminated against, why would I want to be your friend? Back in the day, most of us stood against the Westboro Baptist Church and their “God Hates Fags” signs. Now my old conservative friends are espousing the same nonsense Westboro Baptist Church has been doing for decades.

If you don’t think people of color are dealing with systemic racism or you support or espouse racist or white supremacy views, why should I be your friend? Back in the day most of us despised the men and women we saw in old photos shouting at black protesters who sat in Woolworth’s. Most of us despised the people who shouted at the young black girl going to an all white school in Alabama or Arkansas. Now my old conservative friends are behaving exactly like those white people from the 50’s and 60’s. The photos of them yelling at BLM protesters is the same look of the angry mob of white people yelling at Vivian Jones as she tried to enter the University of Alabama in 1963 or yelling at Elizabeth Eckford (Little Rock Nine) on the sidewalks of Little Rock Central High School in 1957.

Policy is nuanced and we can disagree in every friendly way about that nuance. The conservative downward spiral that led to those still backing Trump has led to a failing in morality and ethics: once again being on the wrong side of history. The current Trump-supporting Conservative mindset is the same one that led Conservatives to be on the wrong side of every moral and ethical issue this country has faced, from the end of slavery, women’s voting rights, desegregation, minority voting rights, labor laws, anti-discrimination laws, etc.

Nope. I will not be friends with them. I have no doubt in my mind that their downward spiral would have them yelling at the protesters in Woolworth’s, standing on the school steps yelling at Vivian Jones, screaming at civil rights protesters, and rooting for the police beating the marchers as they crossed Edmund Pettus Bridge.

I cannot be friends with someone who fails the moral and ethical judgments and rails against the human rights of others. This is no longer about policy. It is about human lives and my old conservative friends have failed the morality and ethics test big-time.

I am glad to see moderate Conservatives starting to rise up and speak out. Their voices are desperately needed in this fight against a morally bankrupt administration and its cult-like followers.