BWAHAHA (Blair’s Week Attempts at Haha’s) 8/23 – 8/29: This was a pretty fun week all things considered. We’ve unpacked more boxes, got more work done on the bathroom, decorated the home some more, and I doing better at my water aerobics class. I’m still the skinniest person in the class, so still helping out my confidence! Got to go storm chasing a few times this week, but mostly Mother Nature was just being a dick and sending all the good stuff somewhere else.

And then there’s the serious stuff: more videos surfacing of cops being stupid and engaging in unnecessary violence with excessive force. I have been a lifelong defender of police because there are good cops out there and it’s easy to fall into confirmation bias of “all cops are bad” because we only see the bad. Are police brutality instances actually on the rise, or is the predominance of cell phones capturing more of what was already there? That’s hard to say definitively, but one thing is for sure, it’s getting harder and harder to defend police in general when more of this crazy shit is happening. Protect and serve people. That’s your fucking job: protect and serve.

This little guy was like, “Hey look at me! Oh, never mind.” HSV #alwx 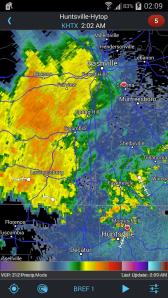 Mother Nature hates me. All that awesome so far away.

Woman just said, “I have a cute anus.” I replied, “Well, I suppose that’s better than a chronic anus.” 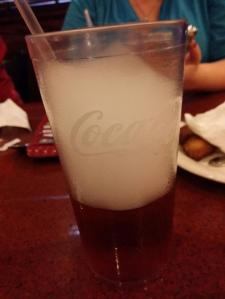 Waiter, there’s a cloud in my tea. #ForeverVaping

When I see people type OMG, the first I think is, “Oh, you’re down to zero nicotine now?” Then I realize my head is in the clouds. #ForeverVaping

Standard pic of downed chimney during any CA earthquake. #NapaQuake

“Only God can judge me.” Sure, keep telling yourself that to not feel guilty, but we’re all judging the hell out of you.

Raining in Nashville. The Titans can blame the rain for the football just getting stripped by the Vikings. 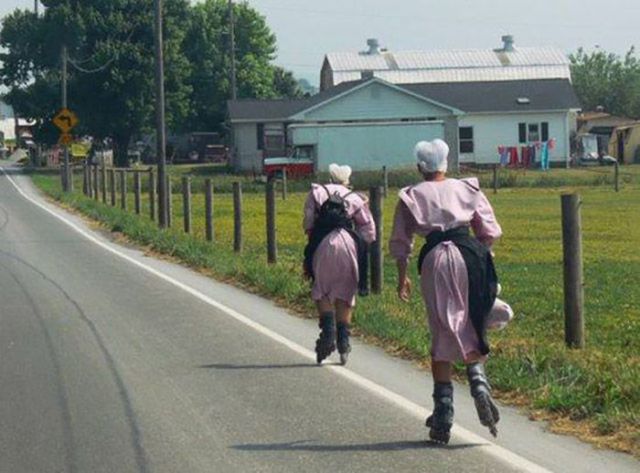 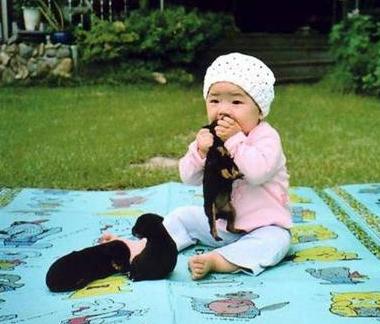 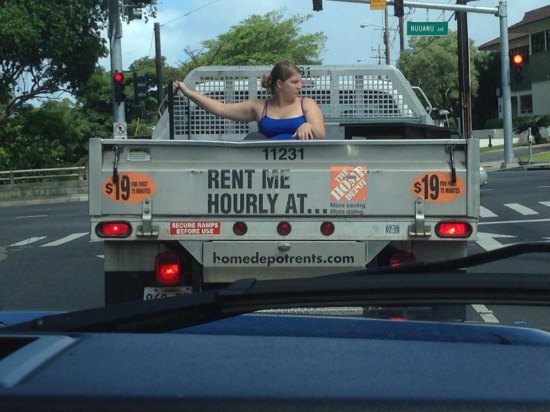 I keep warning you people all the time and yet you don’t listen! Always be aware of your surroundings! 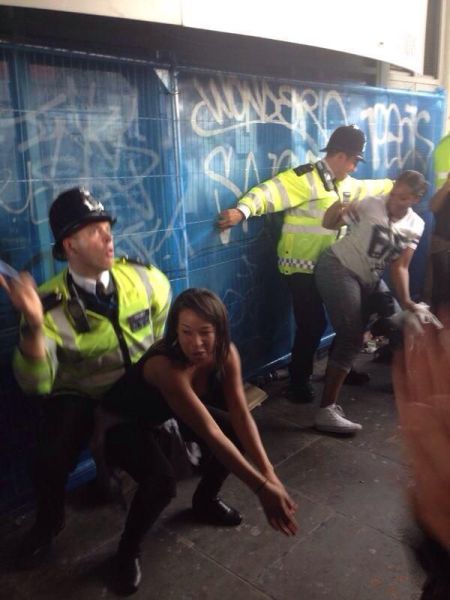 In Britain, they use a different type of “gun” when interacting with the black community.

BWAHAHA (Blair’s Week Attempts at Haha’s) 4/8 – 5/9: Okay, it’s time to post a new BWAHAHA. As I said in the last one, I’m struggling with my comedy right now because I’m finding it difficult to be funny when I’m happy and I’m the happiest I’ve been in a very, very, very long time. But I’ve written some new material, thrown away some material, and I’ve done a couple of shows with more lighthearted material and I think I’m slowly finding a way to turn my happiness into humor instead of my old self that turned anger, irritation, and depression into humor (as a coping mechanism, perhaps?). So I’m posting a month’s worth of the efforts I’ve made (notice this month’s worth is about as long as a week’s used to be).

Tom Hand was back on The Critical Eye Podcast in May as well. It was great to have him back on, so please listen to the show and enjoy Tom and I bantering back and forth just like old times!

Seriously, you can’t invert the Y Axis on the Walking Dead game? Well, so much for playing it.

The one drawback to Freedom of Speech is that stupid gets to speak as well.

Lesson learned: always be aware of your surroundings. 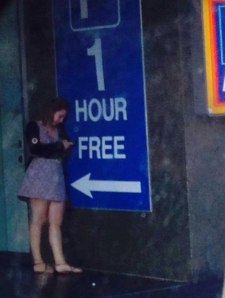 He should have ran… ran so far away.

I wouldn’t say I was a ladykiller, but I was charged with attempted murder.

Last time my car battery died in L.A., I asked some young men for a jump. Ten minutes later I was bloody and bruised and a member of a gang.

Playing with Uranium is so much fun! #KeepTheNSAEmployed

I still feel like I have gnats flying in my nose, eyes, and crawling all over me. Fucking mating season.

I’m thinking of referring to woo from now on as poo. I know, semantics, but I think poo is more accurately descriptive.

Going to try to jump start my ride-on mower with my car. Someone should video this in case I blow up.

Always have a fully charged lightning staff on you: never know when a dragon will show up.

Oh, tall grass, how many things has thou hidden from last season?

In a world where Luke Skywalker didn’t escape.

There’s a fine line between dreams and fantasy: the line of my zipper.

Tornado Tip: Have identification on you that won’t easily be stripped off in the wind. Makes the coroner’s job easier.

Tornado Tip: Get dressed beforehand. No one wants to see you in your lingerie or skivvies at the tornado shelter.

Tornado Tip: Put a blanket or mattress over you in the bathtub, as it’ll muffle your screams better.

Tornado Tip: Keep your pets safe during a tornado, as you may need to eat them in a few days.

Tornado Tip: Get a good weather alert app, something to remind you every few minutes that WE’RE ALL GONNA DIE!!!!!!!!

Tornado Tip: The NE quadrant of your house is the safest, that way you can’t see your death coming.

Tornado Tip: Get to a shelter early, that way you can get the top bunk.

Tornado Tip: Make sure your pets have collars and tags, that way the shelter knows what to call them when they euthanize them.

Tornado Tip: Make sure important documents are in an indestructible container, it makes for better airborne shrapnel.

My GF listens to ocean waves on her phone to help her sleep, then wonders why I get up to pee several times each night.

Tornado irony. Major damage in Hazel Green, AL along US-231.

Anytime I walk into a large room and there’s no monsters or bad guys, I’m like, “Something isn’t right.” #Gaming

Sitting in the most comfortable patio chair I’ve put my ass in. $520? I’ll take the plastic one for $10, thanks

I wanted to do a Michael Jackson impersonation tonight, but the bar didn’t allow kids inside.

Not sure what to wear to the Doobie Brothers concert: torn jeans with a paisley shirt or my funeral suit.

Thought I’d be the youngest person at the Doobie Brothers, but some hippies brought their kids.

If you’re into GILFs, you should come to the Doobie Brothers’ concert.

Since I went to see the Doobie Brothers tonight, a little #TBT in honor. No, my hair isn’t that tall… it’s a shadow. 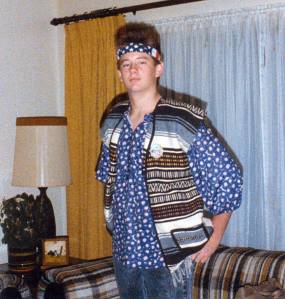