New stream of synth-based music for 1/14!

Today’s show features a song from BlakOPz in recognition of the 3-year anniversary of their As Nations Decay album. We end today’s show with Coma White by Adoration Destroyed, in memory of Jon Gilyeat, their bassist, who passed away recently, and who did the vocals on the track. You’ll be missed Jon!

Just click on the synthesizer below to listen to the stream! 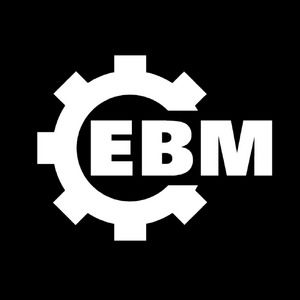 I have almost 35,000 MP3’s in my collection and that collection grows by hundreds each week. The majority of my music is Futurepop, EBM, Industrial, Industrial Dance, New Wave, Goth, Punk, Electroclash, Electronica, Darkwave, Shoegaze, and Synthpop (loving the Synthpop Revival going on right now). I even have a bit of EDM and Techno mixed in there as well as some Alternative (mostly old-school alternative back when it was actually alternative and not mainstream. Now that Alternative is mainstream, shouldn’t we call it something else?)

One thing I started doing on Facebook was posting what my MediaMonkey is playing on shuffle. I did this to start introducing people to new music and new bands. The bands out there need fans to help them make money and to spread their amazing music. Not everyone will be a fan of the music I listen to. It’s not Top 40 trendy stuff. You won’t hear it on KISS FM. You may not even hear it on KROQ.

I support the bands and go to the concerts any time they’re in my area. Most of the bands I listen to care about their fans and will actually comment and reply when you post on their page or mention their band in a post. Half the times I post a band’s song, the band likes my post. I’ve even become friends with band members by supporting their bands and going to their shows. When is the last time Janet Jackson or Kanye West liked your post or commented on it? When’s the last time a Top 40 band mentioned you by name on a Facebook post?

So anyway, I’ve decided that I’m going to post my shuffles here as well with links to YouTube videos of the songs I’ve played. Give them a listen: to both the older and newer bands. Discover bands you haven’t heard of before and support them by buying their CDs and music (especially if you can buy it from their web page or bandcamp instead of through a label). Go to their shows when they come to your town. Find the scene in your town and join up! Make sure you get in on bandsintown and songkick to keep up with the bands you like and get notified when they come into town.

With that said, here is the first shuffle I did from 2/4. It was a small one that got me interested in doing this.

Here’s the shuffle from 2/7. Getting likes and comments, so keeping it up and doing more of them.

ARTIST: The Charlatans UK
SONG: Only One I Know
ALBUM: Some Friendly
YEAR: 1990

ARTIST: The Ocean Blue
SONG: Between Something and Nothing
ALBUM: Ocean Blue
YEAR: 1989