BWAHAHA (Blair’s Week Attempts at Haha’s) 11/15 – 11/21: Monday night, the 17th, was an epic night for me: in every sense of the word. I was given the privilege of opening up for NYC comedian Carlos Valencia right here in Huntsville, Alabama! Thanks so much to my co-openers Nate Bailie, Tom Hand, and Jonathan Craig! Thanks to Matthew Tate for hosting the shit out of the show and for agreeing to bring in Carlos. Thanks to Carlos Valencia for swinging through and headlining and giving us the opportunity to open for him with an amazing crowd! Thank you to everyone who came out that night to the show and supported comedy. That was the most people I’ve ever seen in Maggie Meyer’s on a Monday night. At one point I’m pretty sure we were standing room only. It always feels good when people come up after a show and tell you how funny you were. So as a comic, Monday night was epic for the number of times that happened to me. It’s gratifying and it’s encouraging and it’s appreciated beyond words and measure. The epic continued into post-show open mic, encore by Carlos, and then a trip to Copper Top for karaoke where Carlos finished his Bon Jovi joke by singing Wanted Dead or Alive with a bunch of us comics doing back-up vocals from across the room. The epicness continued further as Carlos and I sat up until 5 am shooting the shit on my couch. Thanks again everyone!!!!

Huntsville comedy is doing a fundraiser so we can do more advertising and get the local scene to a new level. These awesome shirts are for sale! Buy one or two and help support local comedy and look good while doing it!

That moment where you hesitate: is my neighbor’s house burning down or is he burning leaves? 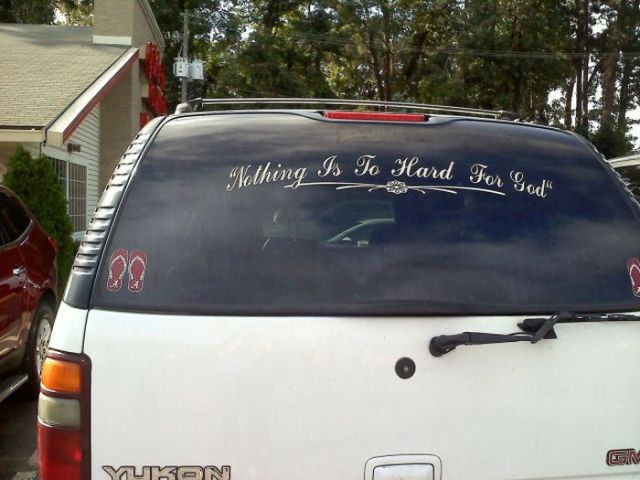 Accept grammer… grammer is to hard four God. And of course their Alabama fans! Roll Tide for ‘Bama Educashun! 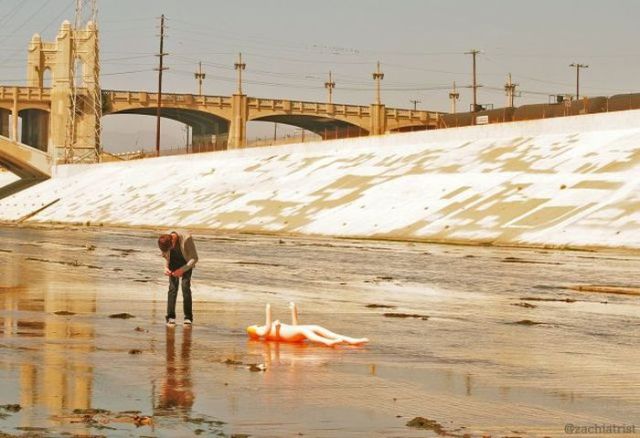 When walking the L.A. river, always carry a flotation device, because you never know when a flash flood will hit. The crazy thing is that I’m not sure which of the two is doing the walk of shame…

BWAHAHA (Blair’s Week Attempts at Haha’s) 10/19 – 10/25: Getting closer to Halloween when all the kids empty into the streets to take candy from a stranger: you know, something we tell our kids not to do the rest of the year. Around my house there is no trick-or-treating. My area has been taken over by Trunk-Or-Treat, the Christian answer to the Satan’s holiday. I find that more dangerous than taking candy from a stranger… but that’s just me.

I should put this sign on the front door of my house. 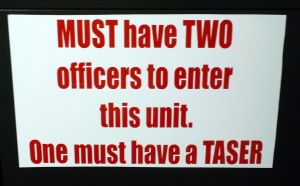 I’ve decided that dating is a lot like buying electronic devices.

If Republicans want regulations on the vagina, then shouldn’t they put the EPA in charge of it?

I’m going to open up an automobile repair shop and call it The Carmacy.

To fuck conspiracy theorists, I’m going to open up a pharmacy and call it Big Pharma-C.

When going up a hill, there’s this thing called gravity you have to overcome: SO PUSH THE ACCELERATOR!!!!

If you stop 100 feet short of the white line at a red light: you have a depth perception problem and shouldn’t be driving.

You really shouldn’t stand behind me. I’ve been eating chorizo & huevos for three days straight.

Necrophilia: the desire to have sex with a Republican.

Because someone challenged me to do it. Oh yeah, MS Paint skills… still got ’em! LOL 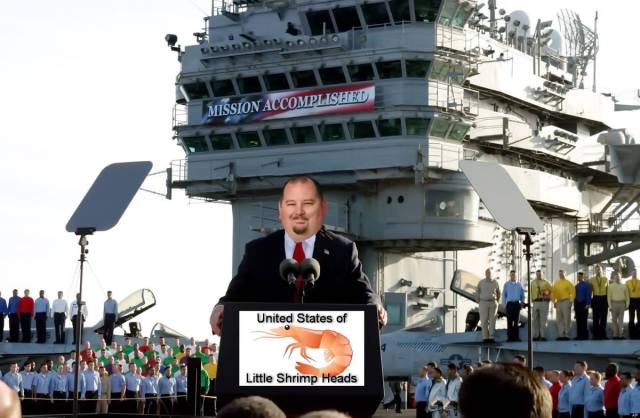 And here is why that picture happened:

Blair Scott: “Although, I don’t think I’ve ever actually seen a shrimp’s head.”
Are we still talking about food or sex now?

JS: bwahahaha
And unlike his, yours actually was accomplished! Good job!

Blair Scott: Now I just need a picture of me on a flight deck with my little shrimp head.

JS: ROTFLMAO!!! You could always use photoshop for that!
Go do it now. I wanna see it!!

Gotta stop playing so much #GTA, it’s affecting my real life! At least I have car and home owner’s insurance! http://fb.me/2htG6irAm

My Internet is down! Nooooooooooooooo!!! This is how Zombiepocalypse starts.

Oooh, she’s a real redhead. Oh shit, did I just say that out loud?

Maybe the ACA lines wouldn’t be as busy if FOX reporters would stop calling it to test it.

Satan is just a horn in my side.

Gotta go to bed. I’m head-bobbing at my keyboard. The last time I did that I woke up with QWERTY on my cheek.

That helicopter was flying low enough that it shook my house. Thanks Obama!

Pepper Jack cheese in chili is awesome, but it does kinda make the chili look like vomit. Bon appétit!

I know more atheists who converted to theism for a girlfriend than theology. Vagina: more powerful than gods.

I’d be more impressed with the KKK if they didn’t wear hoods. If you’re going to be a bigot, own up to that shit!

The firing range says I can’t use targets that depict humans. I guess I wasted that money on Miley Cyrus posters.

Agree to have sex with an entire up-and-coming band and #seetheworld for free!

I have my Be Secular shirt and Reason Rally hoodie on. I’m seculayered!

I keep hearing people talk about the plutocracy… but how is that possible since Pluto’s not a planet anymore?

Aimed for the trashcan, hit the side. Now there’s blueberry lemonade all over my kitchen floor. Thanks Obama!

I hereby pause the Internet for 8 hours while I sleep. That is all.

You know your sex life is bad when you have to give a Roofie to a blowup doll.

I’ve learned over the years that most cases of “FUCK YOU!” translate as, “I DOTH PROTEST TOO MUCH!” Exceptions granted. 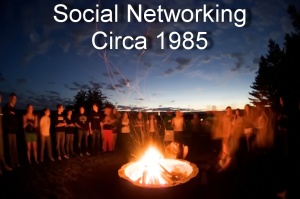 100 Cigarettes Walk Into A Bar…

My aunt died in a ferocious penguin attack. That’s why I don’t watch Batman.

A prostitute asked me if I wanted to open Pandora’s Box. I was confused until she told me her name was Pandora.

As we drew closer I looked deep into the mosaic of your eyes. As they came into focus I realized I was looking at different colors of bullshit.

Relaxing to some Incubite! Well, maybe relaxing is the wrong word. Let’s just say my head’s flinging all over the place.