BWAHAHA (Blair’s Week Attempts at Haha’s) 6/14 – 6/20: I spent another week in Jackson, MS. I thought drivers in other places were shitty drivers, but Jackson, MS drivers take the cake! And it’s not aggressiveness or normal stupidity, but it’s this laissez-faire attitude toward driving: doing 5-10 under the speed limit. I don’t get mad at people for doing the speed limit because I only do 5-7 above it normally. But for the love of whatever gods you don’t actually believe in, do the motherfucking speed limit! The minimum speed of 40 on the Interstate is actually too slow and dangerous. When you’re going that slow you’re creating a traffic hazard that forces people into the other lanes and that increases the chances of accidents. Oh, and if the person in front of you is doing 69 and you’re doing 70, you don’t fucking pass them for the next three miles doing 70 while traffic builds up behind you! You fucking go 75 and get in front of them and then go back to doing 70. Why is driving such a hard fucking concept for people? And it makes it worse because of my ATHEIST license plate, because I get boxed in by people trying to take pictures, see what an atheist looks like, or flip me off. I’ve seen so many people almost get into wrecks trying to get pictures of my license plate. Really people… it’s just a fucking license plate. Speaking of my plate, in September I’m changing it to VORTEX. I’m excited!

On a serious note: as many of you may already know, tornadoes destroyed a couple of towns in Nebraska this past week. The tornadoes that appeared were very unique and will be studied by scientists for a very long time. You can help those hit by this weather tragedy by donating to the American Red Cross.

I’ll have the Porky Pig Bacon and the Donald Duck Pâté. #RuinaBreakfast #HSVComedy

The restaurant has blue waffles on their menu. I don’t think that means what they think it means. #RuinaBreakfast #HSVComedy

The one thing I thought third world countries had going for them was soccer. I guess not.

This was the most horridly awesome stupid disgusting funny crazy asininity I’ve ever seen. You should watch it.

Tons of cops in the hotel. Close the door very… very… very slowly and watch Netflix instead of going out to eat.

Parking Lot nudges a Skateboard, which spooks a 4-Wheeler, who swerves into the woods, where conveniently a bear is hiding. #TravelFun

The A/C in my car is broke. While hanging my head out the car window to cool down I couldn’t decide if I looked like a dog or Miley Cyrus.

I finally found a burkini I can support! 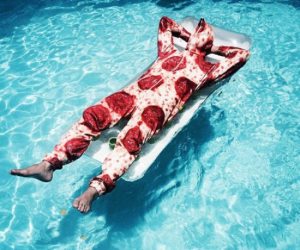 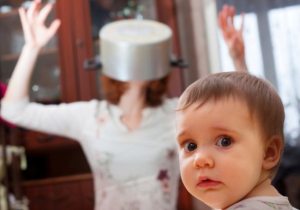 Introducing the new Vagilaser: because your Second Amendment Rights extend to every part of your body. 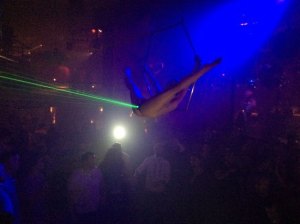 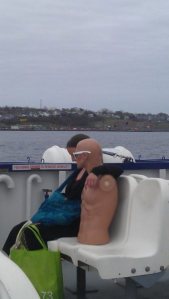 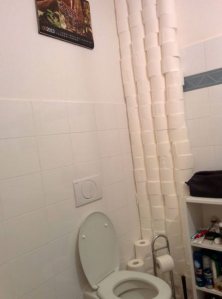