This is gonna be long and ranty and pissy… but I don’t care.

I’m a gun owner and I fully support laws that will actually help. 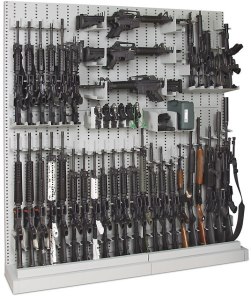 See here’s the thing. If you’re an NRA nutter and you use that bullshit line of, “Gosh another shooting, I guess those gun laws are helping,” then you’re 1) a fucking idiot who doesn’t understand how laws actually fucking work, and 2) you’re a brainwashed nutter and your opinion is no longer viable while the adults discuss what can actually be done. Go sit at the kid’s table.

So no one thinks making laws for guns will stop gun violence. No one. And if you think we do, see above about being a brainwashed gun nutter.

What drunk driving laws and murder laws and any other law do is put the power in the hands of society to provide consequences for people’s actions and to educate the public about the issue. In addition to drunk driving laws there was (and continues to be) a massive public education campaign to change the public’s views about drunk driving. Those who drove drunk and were arrested had their licenses taken away and their cars taken away. Sometimes they went to jail and if they managed to kill someone, society had the means now to lock them up for a long time with a special law that was now in place for their specific crime.

All we’re asking is for the same with guns. Leave your gun out and your kid found it and accidentally shot your neighbor’s kid? Well guess what pumpkin, you get to go to jail for felony gun neglect. We, as a society, have a law to hold you accountable for not being a “responsible gun owner.”

Cleaning your gun and shoot your wife? Well it’s no longer an “unfortunate accident,” now it’s a “felony gun negligence charge leading to manslaughter” and you’re going to prison. Oh, and you NEVER get to own a gun again for the rest of your life.

Get arrested for domestic violence? Well, now you’re a known violent dickhead, which means you NEVER get to own a gun again for the rest of your life. Oh, you had a gun after being told you can never have one again, well now you get to go to prison for a Class A Felony, just like someone who gets caught with a ton of heroine in their house.

Just like cars, you have to have gun insurance to pay for the damage your gun may do. And we start a public campaign, just like for drunk driving.

And you know what? That shit fucking worked. Drunk driving rates dropped after the laws and campaigns started. Did it stop it completely? Nope… because NO ONE ever thought it fucking would. Just like NO ONE thinks gun laws that hold people accountable will ever stop all gun violence. It’s about changing the culture surrounding guns over time: just like we did with drunk driving: just like we did with cigarettes: and just like we’re doing with domestic violence awareness.

It’s not an overnight solution, but it’s a proven method of changing minds and the culture that has led to so many “unfortunate accidents.”

Leave your gun out or let someone borrow it and they went on a killing spree? Well now you’re equally culpable and you’re going to jail as well. Maybe next time you’ll follow the Gun Negligence Laws that should be enacted right alongside laws around cars, insurance, drunk driving, murder, etc.

“But only bad guys will have guns blah blah blah blah you’re a fucking idiot.” I’m not talking about banning guns (reading comprehension folks). I’m talking about holding people accountable. We already have laws that say if you use a gun you get a worse charge: not just assault, but assault with a deadly weapon. Now we need to hold everyone accountable. And what do you have to worry about if you’re one of those “responsible gun owners?”

I’m just glad there was a “responsible gun owner” in the open carry state of Texas to stop that mass shooting earlier today. Oh wait… there wasn’t one. Because that shit is pure fucking myth. Because people with a gun in their purse or on their hip will run or get shot before they can pull their weapon. Because when someone does actually start returning fire as a “good guy with a gun,” the police won’t know the difference and will kill him.

This shit has to stop. We have to take steps and if you think now is not the time to talk about, but you think an hour after a terrorist attack is time to talk about that shit, then you’re just a hypocritical asshole and you should go sit at the kid’s table while the adults figure this shit out.