Lane I chased up to New Boston, TX to watch for storms. We pretty much busted. The best picture I got was this one. And it’s not even a picture, but a vidcap. No, that’s not a tornado, just a very low shelf cloud and throw in the shading from the trees and the windshield wiper. But throw that lightning in there and it was a beautiful moment for us. 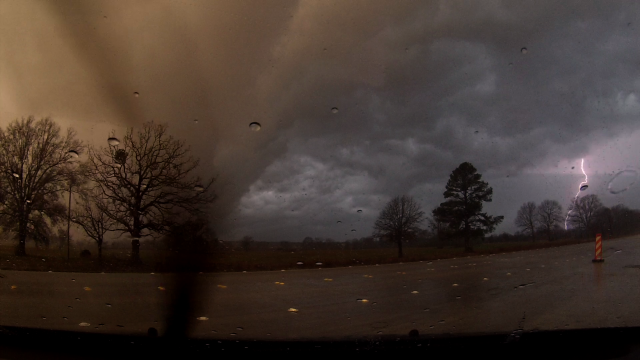 We did catch this lightning hitting the gas station on the other side of the freeway from the Army Depot near New Boston, TX. That led to the video afterward, which is what happens when you’ve been chasing for 30 hours and you’re exhausted and you have what we called the “Midnight Follies” in the Navy. You reach a point of exhaustion where you’re almost drunk and you act silly and everything is funny. 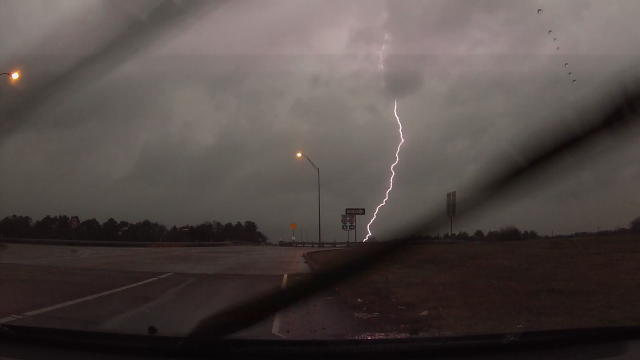