Atheists are not as much of a minority as you might think.

Recent studies by several research foundations have concluded that 14.3% (14.1% and 13.9% in other studies) of Americans are non-religious. Non-religion is the fastest growing “religion” in the world.

One thing that the 14.3% does not take into account is the religious atheist. One third of all the world’s religions are atheistic in nature, meaning they worship no deity (Taoists, Buddhists). Many spiritualists do not worship a god or believe in any deity (New Age, Confucians).

Taking only the 14.3% that means there are twenty-seven million non-religious people in the United States. 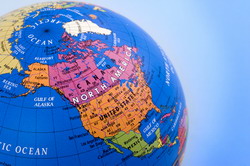 Atheists are one of the fastest growing demographics in the United States and globally.

My personal view is that the combination of increased scientific awareness and human evolution are driving the rapid increase in non-religion. America seems to be the last bastion of religiosity (except in areas where scientific awareness is limited or access to information is restricted by theocratic societies) – especially in the South where religion permeates everything. It is no coincidence that the eight dumbest states in the nation (Department of Education, 1999) are all in the Bible Belt?

Barna (A Christian-based research organization) advises that the 14.3% is probably too low, because they concluded that an average of 7% of all churchgoers are non-believers that only go as “show” or in order to prevent family from knowing they have “left the fold.”

“Non-religious”, in the terms of the study, indicated individuals that described themselves as non-religious. This included self-described atheists, agnostics, humanists, Buddhists, Freethinkers and others.

If you take into account the non-believers that are hiding in the pews in fear of retaliation or discrimination that brings the figure to around 21% of the population of the United States claiming to be non-religious or no belief in a god.

If you start throwing in the figures of non-Christian religions in the United States then it becomes obvious that Christianity, still the majority religion, is not as predominant as it used to be.

We are not a Christian Nation – we are a religiously diverse nation – a nation of religious freedom.